kórfos: chest as a place to embrace someone

From the 17th century the great silk production centers of Europe created the international division of labor and specialization of the internationalized silk economy. Silkworm farming and cocoon reeling into thread was an economic activity of the Greek countryside with the town of Soufli being the leading.

Farming and realing was the exclusive occupation of women. The relationship between the woman and the silkworm was symbiotically linked. Before the use of the incubator, egg hatching took place in women’s bosom, at the natural temperature of the human body.

The artist revives this older incubation method as a video performance. She hatches the silkworm eggs on her body, in the form of a pseudo-scientific experiment. The symbiotic relationship of women and silkworms narrates the gendered social organization of production and the resulting material culture as a herstory. 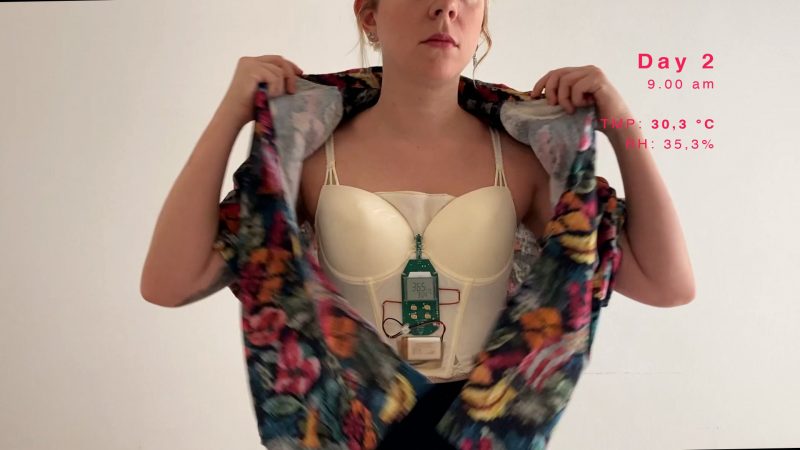